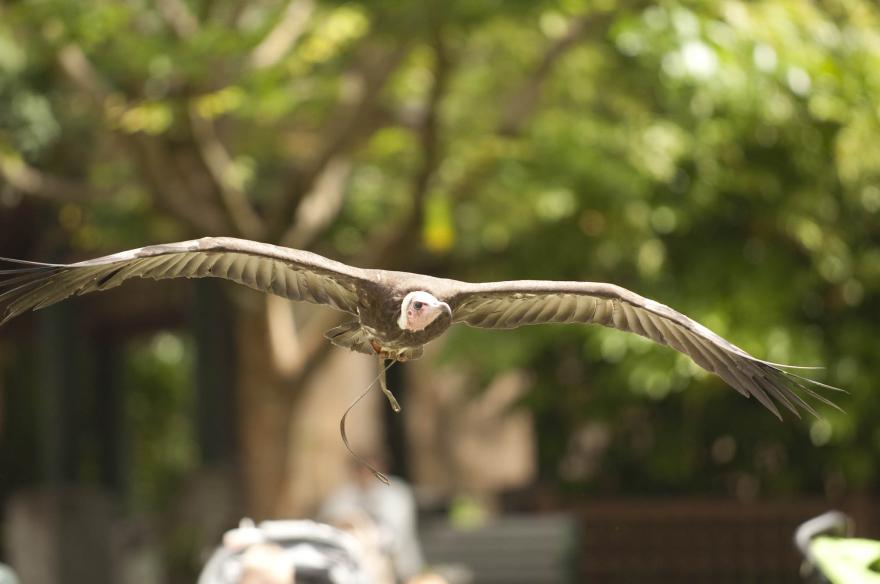 Hooded vultures are common across sub-Saharan Africa. Habitats include open plains, savannas, forests, coastal areas and villages. They are carnivores.

The scientific name, Necrosyrtes monachus, means a "monk-like (bird) that drags away the dead." The common name derives from the wool-like down that covers the lower throat and rear of the neck. Old World vultures (from Asia, Europe and Africa), such as the hooded vulture, are not closely related to vultures from North and South America. 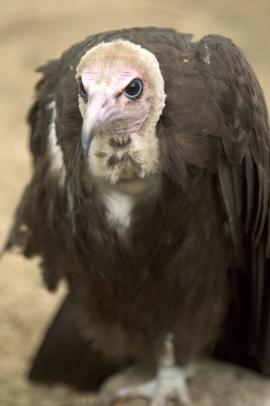 Hooded vultures, the Oregon Zoo and you

Pierre the hooded vulture was hatched in 2002 at the Pittsburgh Zoo and arrived at the Oregon Zoo soon afterwards. He flies over audiences as part of the zoo's free Wild Life Live! shows on summer days.